Now more than ever I feel the need to give my brain a sleeping pill to drown her out. She’s so loud and inappropriate.

I’m glad that my brain and I are friends but our thoughts take on an entire new life of their own sometimes. They grow legs, arms and better hair than I’ve ever had and torment me in the most unhelpful of situations.

My brain is a bit of a bitch. Take a happy moment of mine, like having dinner in the garden with Dan and I just drift off for a second. Only a second. I think to myself how I really like having someone to eat dinner with and then within that second we’ve broken up. I’m crying on the kitchen floor, looking attractive whilst sobbing which is how I know this isn’t real. I become a nun because I now hate all men and my final thought of the saga is spent wondering is Ms means that you’ve had a divorce or have been widowed.

I’m back in the room, Dan’s still there, I’m slightly pissed off that he left me in my head but I think better of telling him about it and instead google “what does Ms mean” and “how to become a nun” later on in the evening, just in case.

Perhaps it’s my vivid imagination, but to be quite honest I’m not sure I have one of those. Maybe it’s just my personal insecurities bubbling theatrically from the base of my Prosecco glass to the the surface or is it our brains trying to protect us from the perfect moment, just in case it isn’t so perfect after all.

Each morning I make a feeble attempt to practice a small amount of mindfulness. Usually on the train but now that’s gone it takes place in the shower. Whilst trying to pay attention to my breathing It’s hard to not hear the vast amount of strange thoughts that do pop into your head uninvited, like the family member who drops by on a Sunday at 9am. You’re trying to shut the door in their face, but they’re coming in anyway.

Mostly what I’ve read about dealing with twisty, dark or any kind of thought is that you welcome it, no matter how sinister and acknowledge it. Name the feeling and send it on it’s way. Maybe that works for some but as of yet, I haven’t managed it myself.

Sometimes I like the random thoughts. So outrageously hilarious or ridiculous I have to tell the girls quickly and wonder if that particular one is a twenty-something thing and if anyone else has thought the same. Sometimes when it’s dark outside I’ll just imagine there’s someone standing there. WHY? I do not watch anything scary. I won’t even watch Titanic so why does she think that’s funny? Maybe there is someone there though you really don’t know… stop it.

For me, the best random thought is the one you feel tempted to tell someone in confidence. You don’t say it out loud for a while because you’re not sure if they’ll get it. If she/he will embrace your oddness or you’ll cross a line in the relationship that there may be no recovering from. You pluck up the courage and finally say it, head in wine glass to avoid all eye contact and the pitch of your voice raising as your sentence comes to a close.

“Oh my god I’m so glad you just said that. I think that too but I thought it was only me being a weirdo!”. Bliss, you’re not alone in the world after all.

On that note, I thought I’d share with you some of my personal thoughts that keep popping up recently. I hope you enjoy and if you haven’t had a chance and need a laugh in this occasionally dim time please refer to 10 mistakes I’ve made so far in my twenties.

“Should I be a vegan? God I love cheese”

After watching a few documentaries we decided (me, I decided, poor Dan) to eat less meat and dairy. It’s not been that difficult and our intake of veggies has shot up which must be good but I don’t think I’m ready to resist the gravitational pull towards baked Camembert just yet.

“Am I having enough sex?”

I look at couples and I just wonder, how often are you having sex? Did you have sex this morning? Last night? Just tell me. When the conversation is had with friends you just hope someone else answers first so you can plan your response accordingly.

When everyone finally tells me I’ll correlate the numbers and make an average so you’ve got a guide too.

I just really want to know what everyone’s up to okay?

“Have I finished growing already?”

It’s hard to come to terms with the fact you’ve probably finished growing upwards by now and this is how it’s going to be. Outwards, I can manage that but upwards? The jury’s out. Four foot eleven isn’t that small really. I do feel slightly embarrassed though that it took until my mid twenties to realise Victoria Secret model was not on the cards, bugger.

WHY AM I STILL FORGETTING EVERYTHING I’M TWENTY FIVE, MARRIED AND I HAVE A MORTGAGE.

My mum still encourages me to do a final check before I get off the train in the evening and I don’t blame her. South western railway sealed the fate of one umbrella and two hats in 2019 alone.

“Should I be travelling the world and where is my gap year?”

Who bloody knows but why do I feel annoyed someone else went to Thailand to find themselves? Probably just jealous. *Books holiday to Thailand*.

But seriously? Most of them had breaks after A-levels or University and just because I didn’t participate in either of those things I don’t get one?

That’s it, I’m going on a six week holiday when all of this is over.

“I only buy food and wine, where is all my money?”

There comes a time when you start to wonder if you are destined have no money left at the end of each and every month.

No clothes were purchased or holidays booked. Where is it all? Surely good wine and Trryls crisps can’t amount to that much.

“Is it acceptable to not leave the house for the entire weekend when all of this is over?”

What’s with the guilt that can creep up on you about doing nothing. Punishing you for laying horizontally for two consecutive days. You’re conserving energy, relaxing your body, eating starburst. Really it’s smart. I’m letting go of that guilt right now and making it acceptable.

Pretty certain I make reference to my congestion/spots in everything I write.

Relationship talk? I’ll bring it up. Illness anxiety? Probably in that one too. Serious life topic? You can bet I’ve made a reference to my skin in that also.

If you have the answer to my problem DM me but really, I don’t get why I’m still not blessed with a flawless complexion.

I have been following all of Emma’s advice and my skin has gotten a hundred times better but please, faster. Stupid skin cells taking so long to regenerate.

No I won’t though will I, and I know we tell everyone we’ve only still got it for the photos but you and I both know, we just like to keep a handle on what’s going on.

As always I’m relying on you to make me feel like a normal human again. I hope you’re all keeping well.

Shop Now
My favourite earrings of all time.

Shop Now
Not my exact necklace, but annoyingly nicer...

Shop Now
Couldn't find my slippers anymore so here are my fave alternatives!

Shop Now
I always buy this two pack of basic t-shirts and wear them to death. 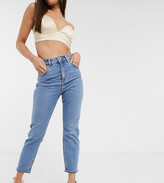 Shop Now
Currently my only pair of jeans..

*Please note some of these links are affiliate meaning if you click on them and purchase a product I may earn a small commission. I only ever share products I own, love or are on my wish list.

You may also enjoy:

Do we take ourselves …

What to do when …

Breaking up when you …

What your handbag says …

There is no such …

Our wedding – the details

Writing about the seemingly …

Settling down in your …